“You can tell how much fun a city is going to be if Nobu has a restaurant in it.”  Madonna
Avant-garde Japanese restaurant chain Nobu’s unprecedented success dates back to 1994, when the first Nobu restaurant opened in a partnership between Chef Nobu Matsuhisa, actor Robert De Niro and other managing partner. With the original restaurant opening in New York, today’s Nobu empire represents the most fashionable culinary experience available in global hotspots like London, Tokyo, Las Vegas, Hong Kong, Los Angeles, and Dubai, among others. Budapest remains the only central European city to be home to Nobu.
Nobuyuki Matsuhisa (known worldwide simply as “Nobu”), is the acclaimed and highly influential chef and owner of Nobu and Matsuhisa restaurants all over the globe. Nobu was born in Saitama, Japan. He traces the beginnings of his professional ambition to the day his older brother took him to a sushi restaurant for the first time. Young Nobu found himself fascinated by everything about the environment. Then he knew he was doomed to a career in a  kitchen. When he was 24 years old, Nobu accepted an offer from one of his customers that took him to Lima, Peru to open a restaurant. Nobu began weaving Peruvian influences into his dishes. After three years, he had an opportunity to open a restaurant in Alaska. Unfortunately the restaurant burned to the ground during one of his rare nights away from the restaurant. Broken but not beaten, no less than nine years later, after earning his way back to solvency, he opened his own restaurant Matsuhisa in Beverly Hills in 1987. Matsuhisa was an instant success and became a magnet for food lovers and celebrities alike. It was here that his long-time friendship and business relationship with Robert De Niro began.
The World of Nobu Budapest: a little chat with Gábor Schreiner
Gábor Schreiner was inspired by celebrated Chef Nobuyuki Matsuhisa’s creativity and positive outlook towards food. “Chef Nobu says that food is imbued with the feelings and personality of the cook. He suggests every chef to put his heart into cooking. It has become my motto,” said Schreiner, who traces his love for cooking back to his childhood.
He observed his mother cooking for the family so he decided that it was what he always wanted to do. He studied at Gundel Károly Catering School to acquire all the tricks of the profession. The more he learnt, the more he loved his vocation. “I wouldn’t mind waking up in the middle of the night to cook a meal. Passion for food turns a chef from being a good cook to an amazing cook,” he said. 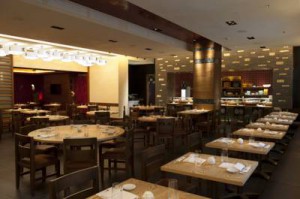 Nobu Budapest is the first central European member of Nobu’s worldwide dining empire. Chef Nobuyuki Matsuhisa’s new style of Japanese cuisine remains one of the most sought-after culinary experiences in the world. In Budapest, Head Chef Gábor Schreiner is in charge of presenting Japanese-Peruvian flavours in both Nobu-style and Nobu-niveau style, adding Hungarian touches to the menu, such as the Paprika Margarita, which are served alongside Nobu’s world famous signature dishes like yellowtail sashimi with jalapeno, tuna sashimi salad with Matsuhisa dressing and black cod in miso.
I can’t wait to taste these oriental flavors and live Japanese and Peruvian emotions!