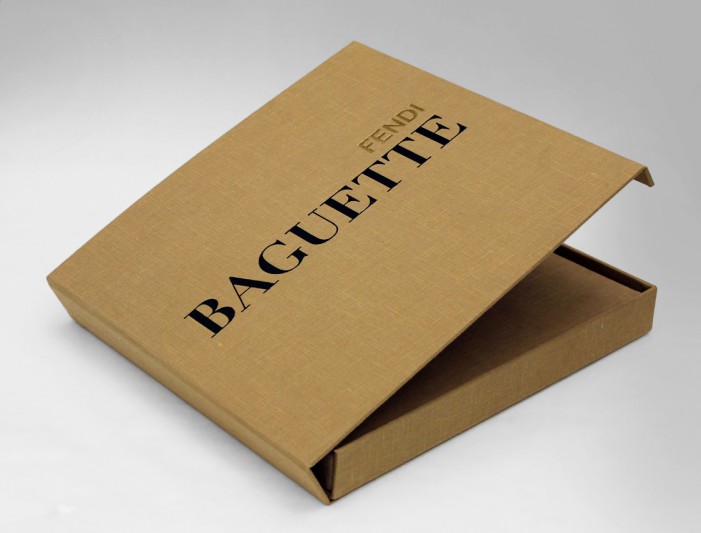 “I was asked, among other things, to come up with a particularly easy and functional handbag. In a certain sense, it had to be technological and minimal, just like the times. My response (fortunately I am indomitably disobedient) was the Baguette.” Silvia Venturini Fendi

FENDI celebrates the iconic Baguette Bag with the worldwide launch of its dedicated Baguette Book edited by Rizzoli.

The iconic Fendi Baguette instantly became one of the most popular and most important accessories of the decade, owing FENDI the Fashion Group International award for accessories in 2000 and creating an enduring style icon that women the world over coveted and collected with passion. This gorgeously illustrated book celebrates the Baguette—a story of craftsmanship, artisanship, connoisseurship, and design.

A deceptively small, simple handbag to be carried under the arm like the French loaf from which it takes its name, the Fendi Baguette has been produced in over 700 models. “The Baguette was conceived as an archetype,” Paola Antonelli, Design Curator at the Museum of Modern Art says in the book, “its distinctive and simple shape a canvas for hundreds of possible variations in materials and visual interpretations…”

With 250 full color photos this catalogue raisonné features page after page of the astonishing range of Baguettes. Some are simple and understated while others feature unique or deluxe materials such as embroidery, sequins, beading, leather, fur, or crocodile skin. Some are embellished with precious stones, while others are wild, limited-edition works of art designed by artists such as Damien Hirst, Richard Prince, and Jeff Koons, making the Fendi Baguette a fashion “must-have” discreetly tucked under the arms of the most iconic women of our times.

On the occasion BAGUETTEMANIA launch, a special re-edition of six Vintage Baguettes chosen by Silvia Venturini Fendi, were available for sale in Fendi Boutiques worldwide.

Sivia Venturini Fendi, the main contributor of Baguette Book represents the third generation of the family founder of the historical maison. The creation of the Baguette, Spy, B Fendi, Peekaboo and Silvana have acknowledged her as one of the most creative talent of our times.

Among other contributors of Baguette Book, we should remember: Sarah Jessica Parker, well-known film and stage actress who famously collected Baguettes in her role as Carrie on Sex and the City; Banana Yoshimoto, award-winning Japanese writer whose works are translated and published in more than 20 countries; Paola Antonelli, Senior Curator in the Department of Architecture and Design at the Museum of Modern Art in New York City,“The Baguette, born at this crucial turning point in technology and culture, is a lens through which we can appreciate this evolution in the concept of series, branding, and ownership.”; Quirino Conti, Italian architect, costume and stage designer, and fashion writer; Pearl Lam, curator, dealer, and private collector of contemporary Chinese art, “The Baguette began to invade the world”; Achille Bonito Oliva, respected Italian art critic, professor and curator.

For the members of BAGUETTEMANIA Community, Silvia Venturini Fendi created a precious pocket mirror in a suede rectangular case, as a gift for all those guests who wore their very own Baguette or bought one during the events in celebration of the Baguette Book.

For avid collectors, this book is as essential as the beloved Baguette itself, and a must for anyone with an interest in fashion and this accessory phenomenon! 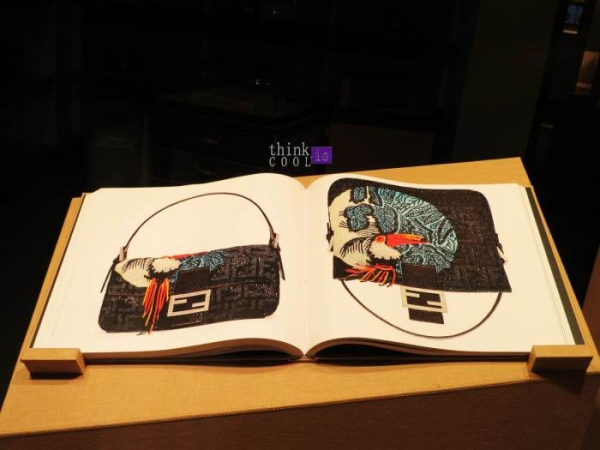 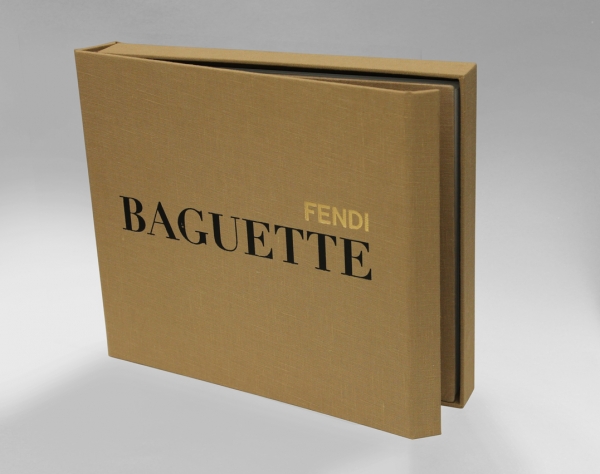 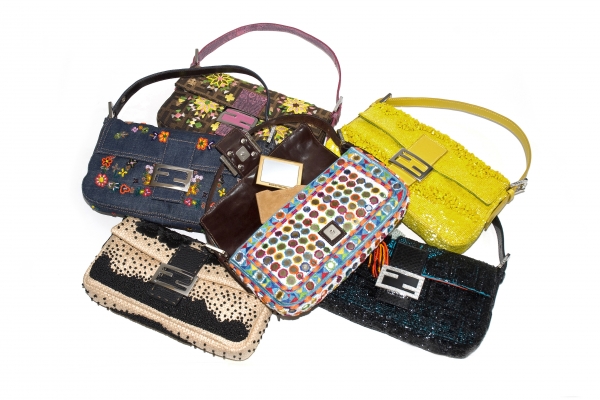 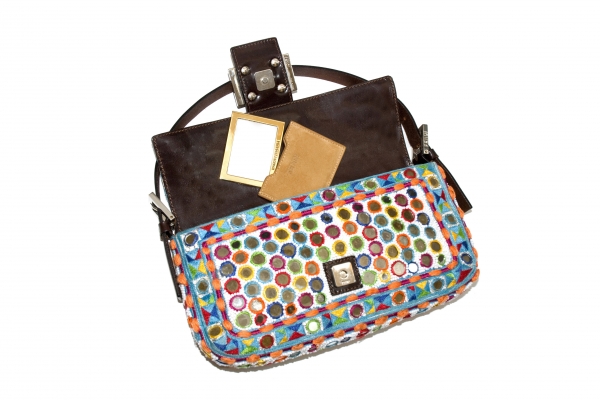 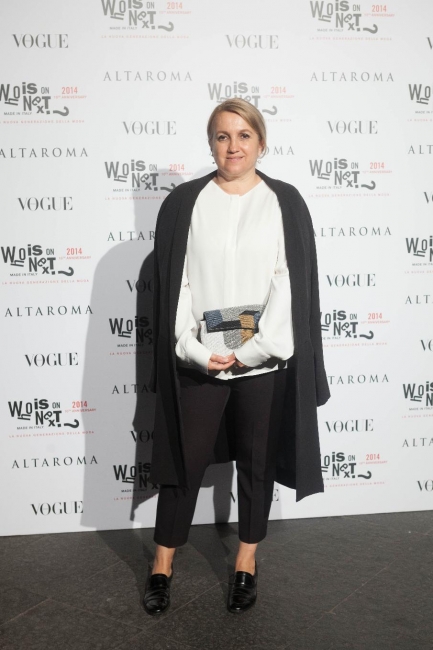 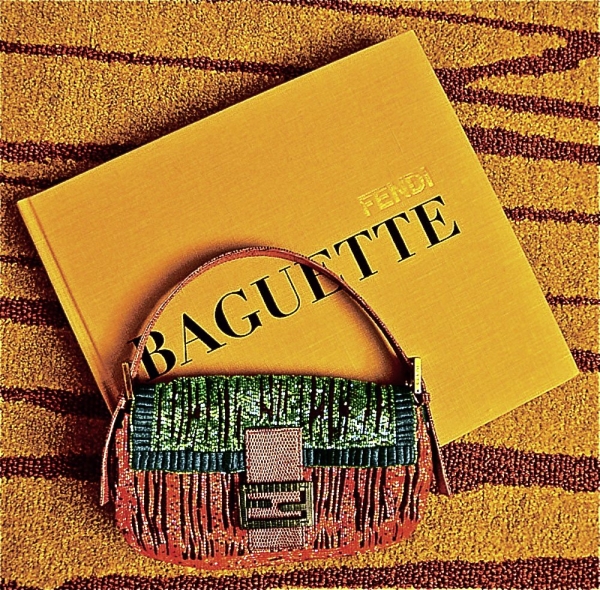